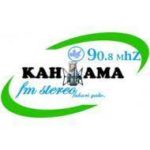 AIMS AND OBJECTIVES
Besides being a commercial entity, Kahama FM has been established with the main objective of informing, educating and entertaining the society. Situated in the mining belt of Tanzania, Kahama district is also home to international trade resulting from the district being an inland port and a transit corridor for the landlocked countries of Rwanda, Burundi, Uganda and DRC. Despite all these economic advantages, Kahama district has the worst primary and secondary school performance with the highest prevalence of child marriage (59%), a very serious problem in most parts of Tanzania.

In Tanzania, like elsewhere child marriage occurs more frequently among girls who are the least educated, poorest and living in rural areas. In Shinyanga region and Kahama district in particular, the main tribe – Sukuma – has a strong bride price tradition. Bride prices are high (>200 cows) and prestige is attached to receiving and being able to pay a high dowry.

Other social maladies prevailing in the area  and pose as a big hindrance to social and economic welfare of the communities include Female Genital Mutilation (FGM), the killing and maiming of the elderly people and people with disabilities including albinism on superstitious beliefs and rampant school drop outs resulting from school girl pregnancies and truancy.

The establishment of the radio station there for, had the aim of highlighting the economic opportunities available in and around Kahama district as well as addressing the listed social maladies that hinder people’s development.

Apart from that the Radio has been established to create a strong base for the voiceless people in Kahama district and other remote parts of the Western Tanzania to be heard, hence our Motto: “Kahama FM Fahari Yako”, in the sense that the Radio represents the views of the people in its areas of jurisdiction.

Plans are underway to expand the coverage at least to 25 per cent of Tanzania’s land mass. This is our major concern, having obtaining clearance from the Tanzania Communications Regulatory Authority (TCRA). The clearance paves the way for the Radio station to move from the current ‘District Status to the ‘Regional’, one.

The coverage expansion program is underway and it is hoped that by 2021 we shall be able to cover 10 (north to south western regions) of Geita, Kagera, Katavi, Kigoma, Mara, Rukwa, Simiyu, Tabora and Shinyanga. We are currently available on frequency 90.80 MHz or at www.kahamafm.co. tz through online link www.tunein.com or through social media –  @facebook90.8 or [email protected]

LEGAL STATUS
The Radio has been registered under the Tanzania Communications Regulatory Authority (TCRA) with certificate for the Provision of Content Service number TCRA/CSRD/21/2010 of June 23rd, 2010.

As a business entity, Kahama FM is also registered at the Business Registration and Licensing Agency (BRELA) with a Certificate of Registration number 170273 and it is also registered at the Tanzania Revenue Authority (TRA) holding the Tax Payer’s Identification Number (TIN) 110-496-907 and the Value Added Tax (VRN) certificate number 40-018015-H of 13th July 2010 and January 27th, 2014, respectively.

THE STATE OF THE RADIO
During the period of nine years of its existence, Kahama FM Stereo Radio has grown from its infancy when it started operations in make-shift studios at rented premises at Kahama town to now fully equipped modern studios built in its own ‘State of the Art’ premises.

Apart from the studios, the spacious state of the art building located at Nyahanga area in Kahama town also consists of a Production Room, Main Control Room, the Newsroom and a mini-conference hall.

It also accommodates the offices of the Managing Director, the Radio Station Manager, the Administrator, the Programme Manager,the Accountant and the Marketing Manager.

BUSINESS POTFOLIO
During the same period, revenues at Kahama FM Stereo Radio have grown from literally zero monthly accounts to a tune of Tanzania shillings 400 – plus million annually, with prospects for increased revenues after plans to expand the area of coverage are realized.

The prospects for increased business turnover at Kahama FM Stereo Radio are supported by the ever-flourishing investment atmosphere in and around Kahama town in the presence of two giant goldmines, namely the Acacia Buzwagi GoldMine and the Acacia Bullyanhulu Goldmine as well as small scale mines.

Kahama District is also famous as a grain basket for the western and central regions of Tanzania producing large quantities of rice, maize, cassava, sweet potatoes, groundnuts, sunflower and sesame. It has large stocks of livestock and is rich in tropical fruits and vegetables. The District is also potential in Tobacco and cotton farming as well as Forest products such as honey, wax and timber. Tourism and hunting industry is also potential in the area.

Kahama town which is one of the fastest growing towns in Tanzania is also a big stop over for up-country bound buses and heavy trucks which transport cargo between the port of Dar es salaam and the Democratic Republic of Congo (DRC), Uganda, Rwanda, and Burundi with a big dry port at Isaka.

The vast economic opportunities around Kahama have made Kahama town a vibrant business centre with a high concentration of hotels, bars, guest houses, and food and cattle markets, public corporations as well as local and international NGOs. The Banking industry is also flourishing in Kahama whereby as of 2018 there were more than ten commercial Banks in operation along with a number of Micro-Finance institutions.

These offer a potential market for advertisements, while the adjacent councils of Msalala and Ushetu and the other 16 districts in the four regions provide a good source for news and current affairs as well as feature programmes and advertisements.

PROPERTY PORTIFOLIO
Kahama FM has an accumulated property portfolio with a market value of over Tanzania shillings 1.5 billion.
These include the Radio House, 1 Staff Van, a seven ton Fuso lorry and 2 motorcycles, a set of Discotheque Equipment, Studio Equipment, Office furniture and accessories.

CORPORATE SOCIAL RESPONSIBILITY
Apart from being the mouthpiece of the voiceless people, Kahama FM has been extending donations to a number of development ventures in the district with a particular emphasis in areas of Health, Water, Sports, Environment and Education.
The Radio also offers on- the job training facilities to a number of Journalism students studying in various colleges around the country.